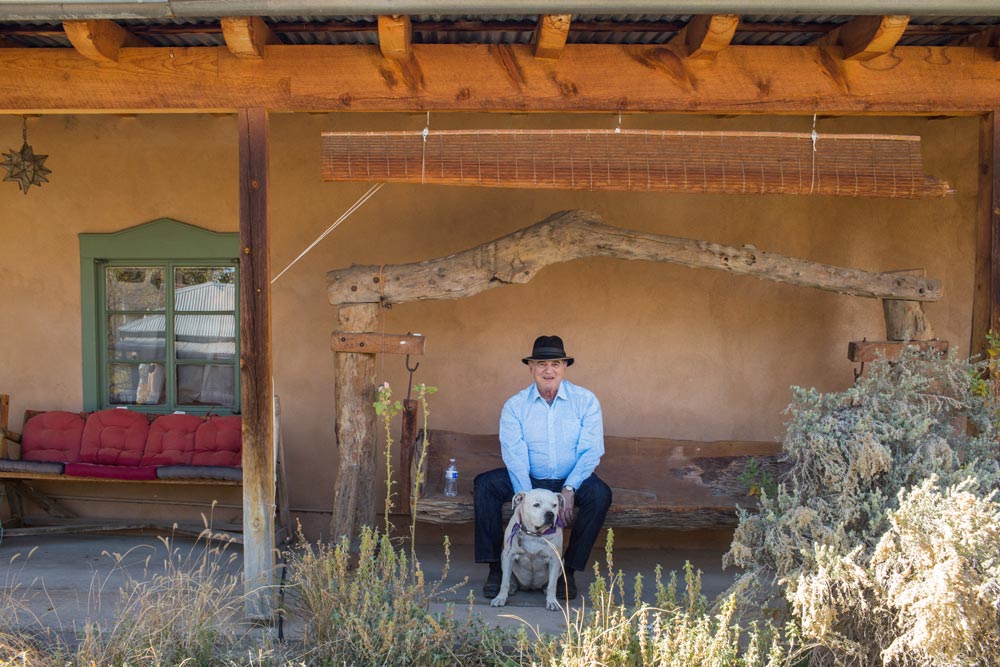 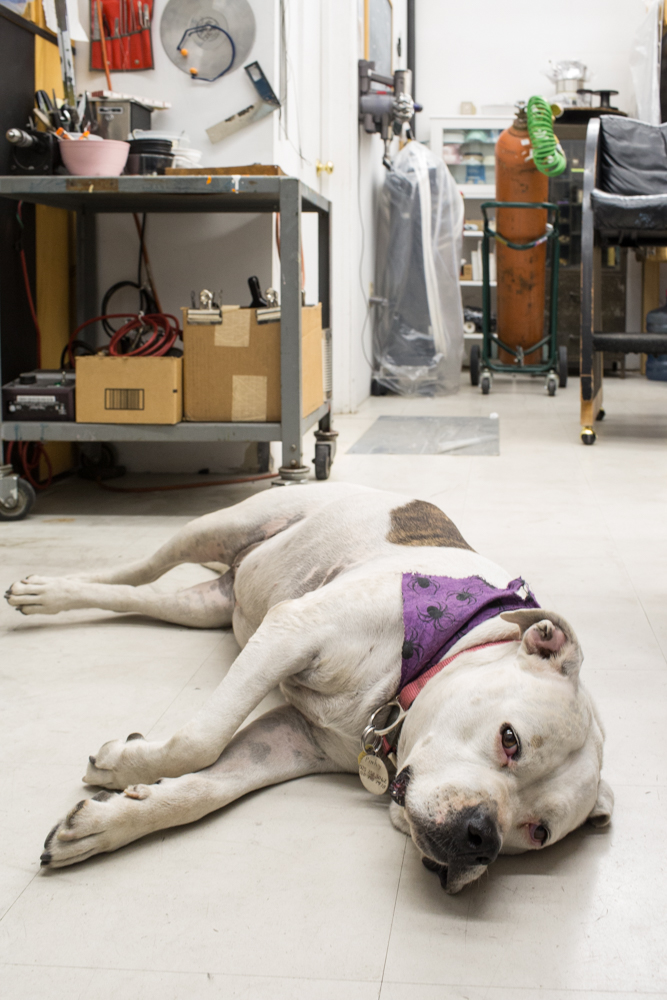 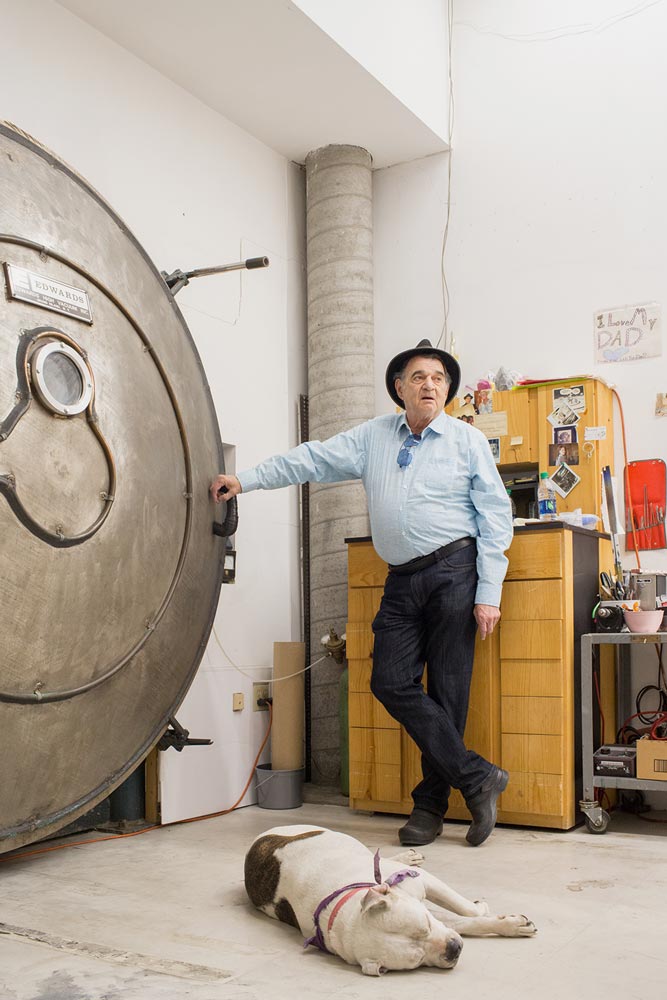 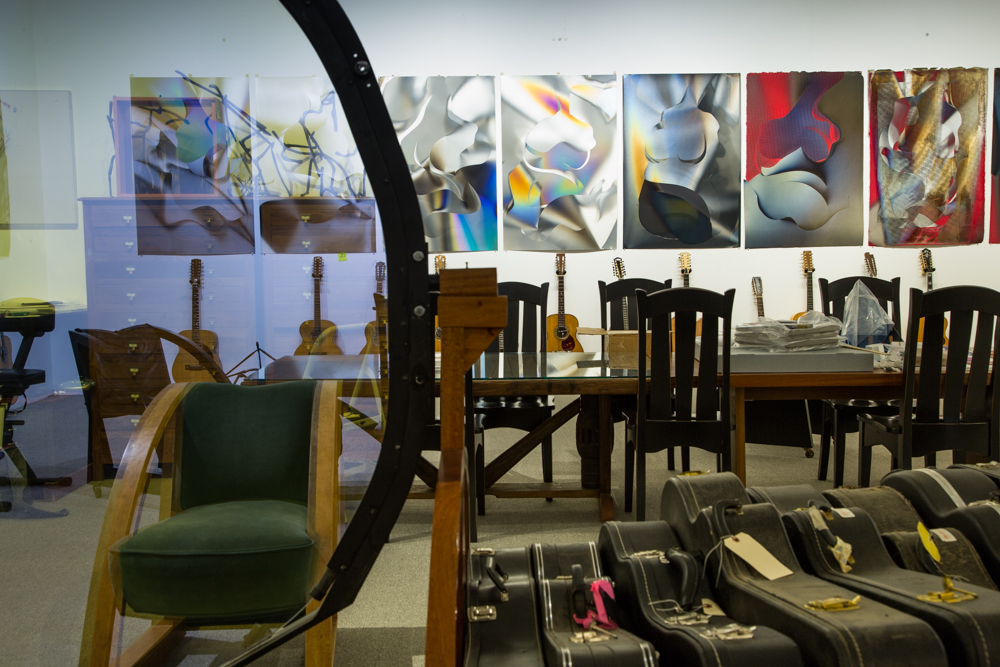 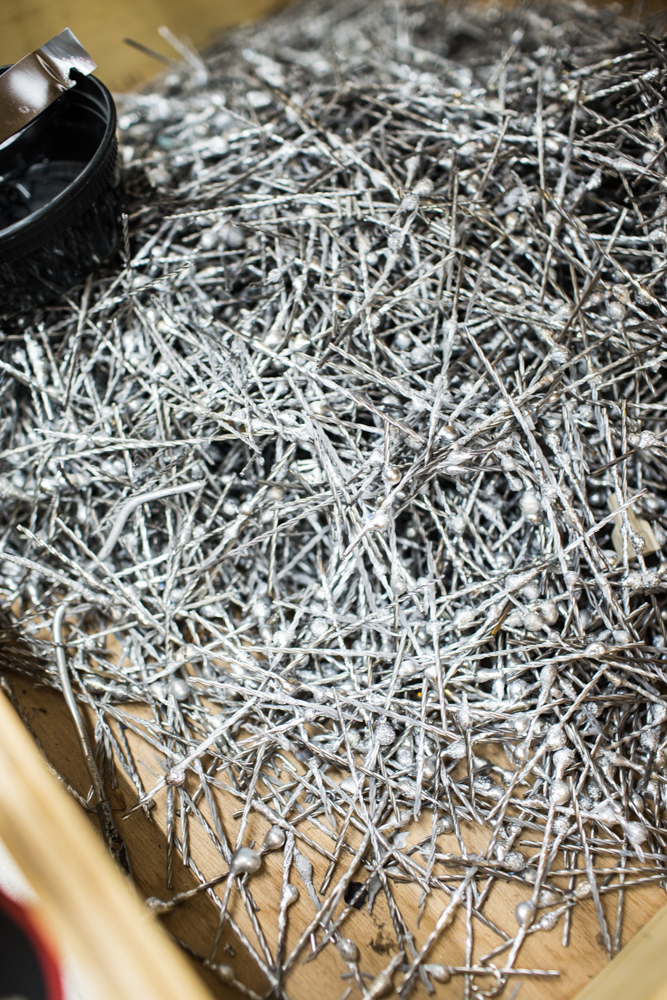 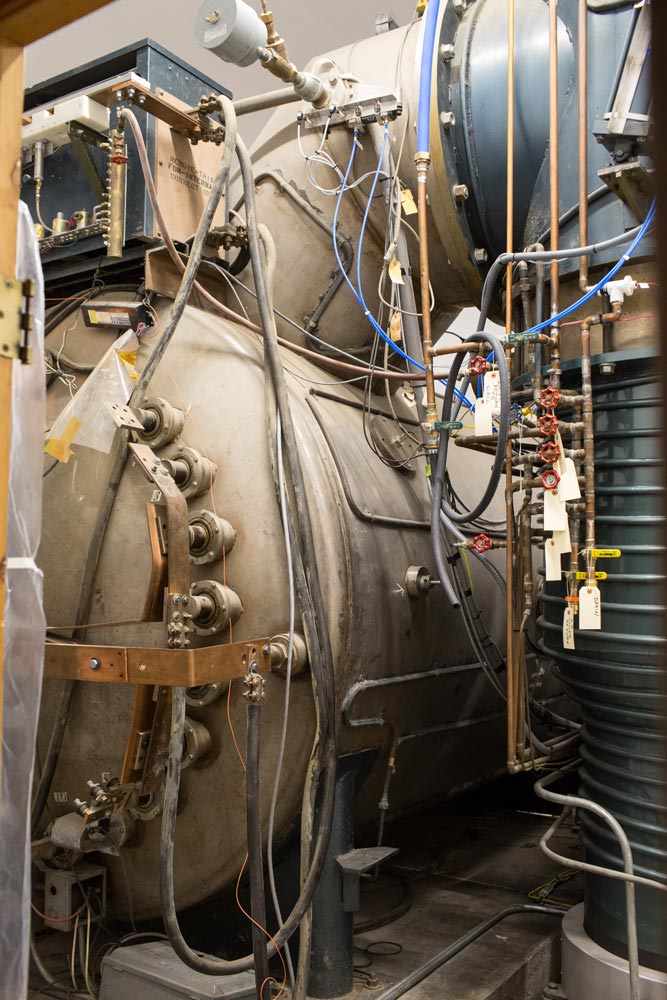 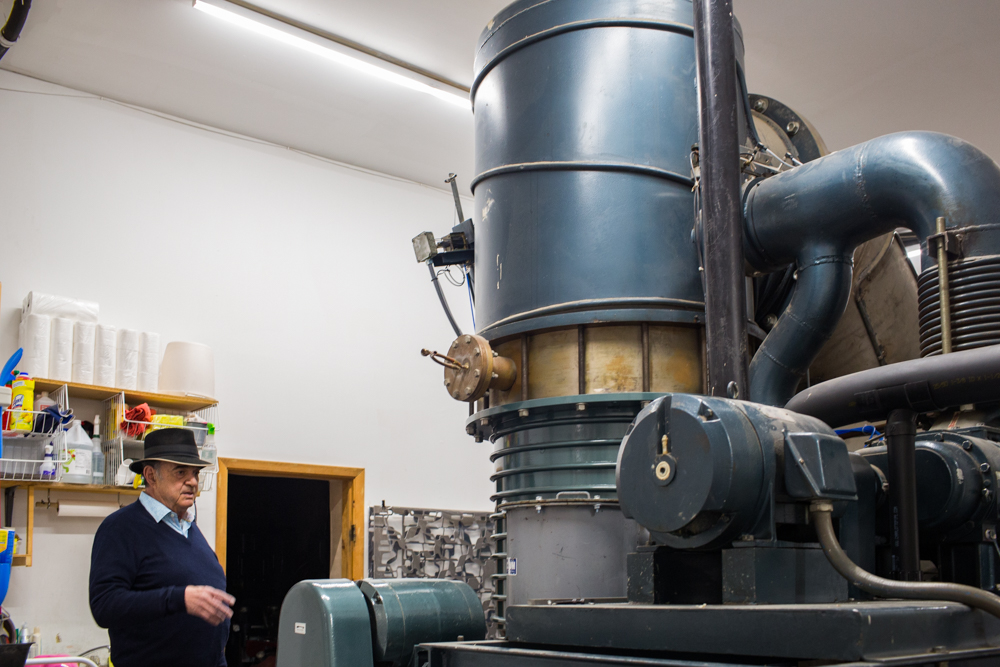 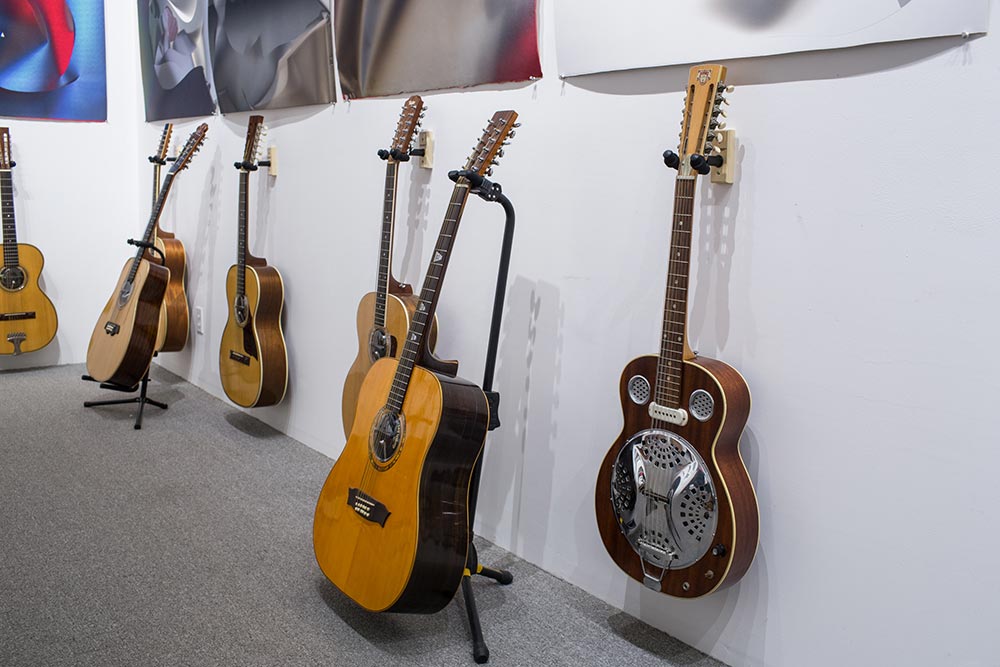 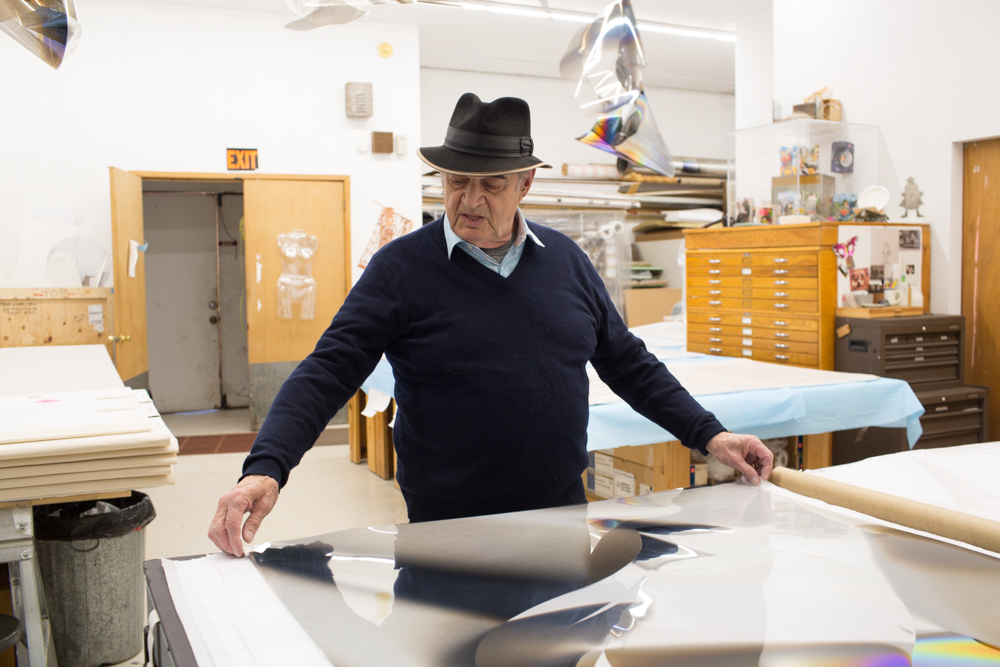 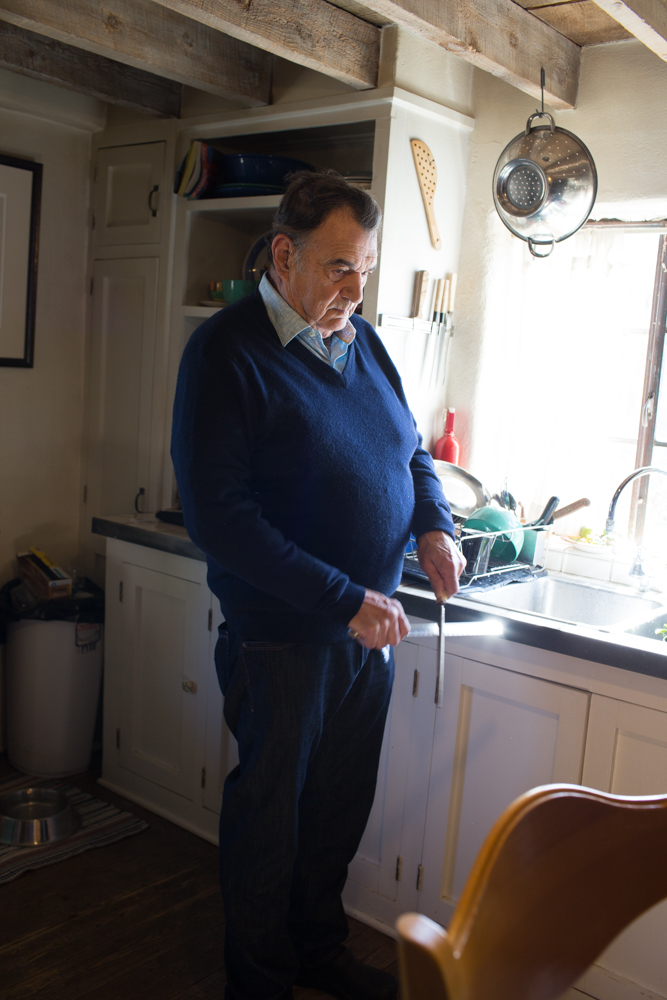 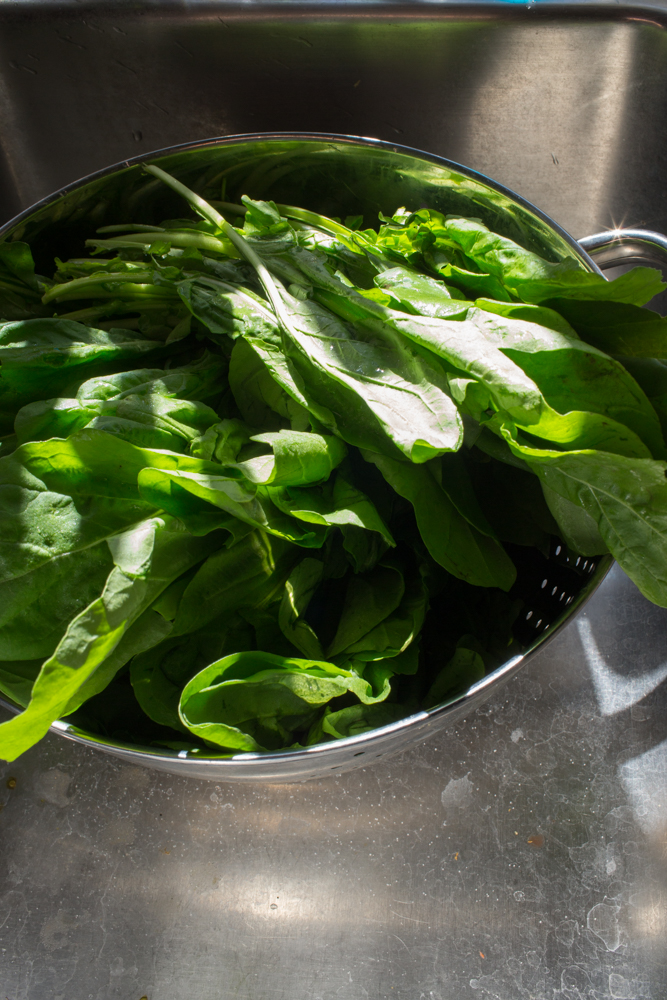 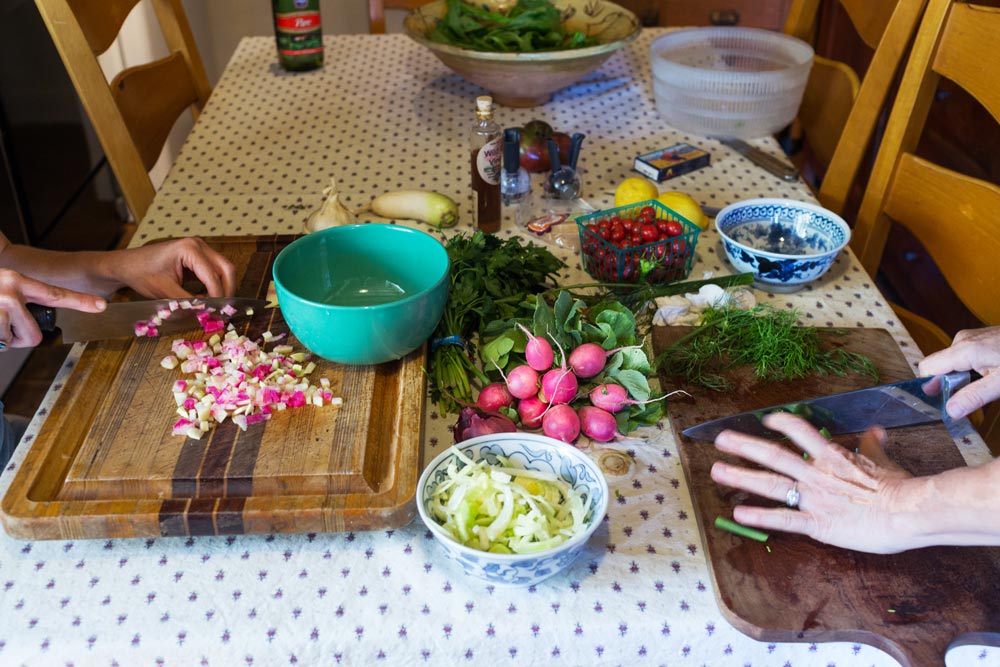 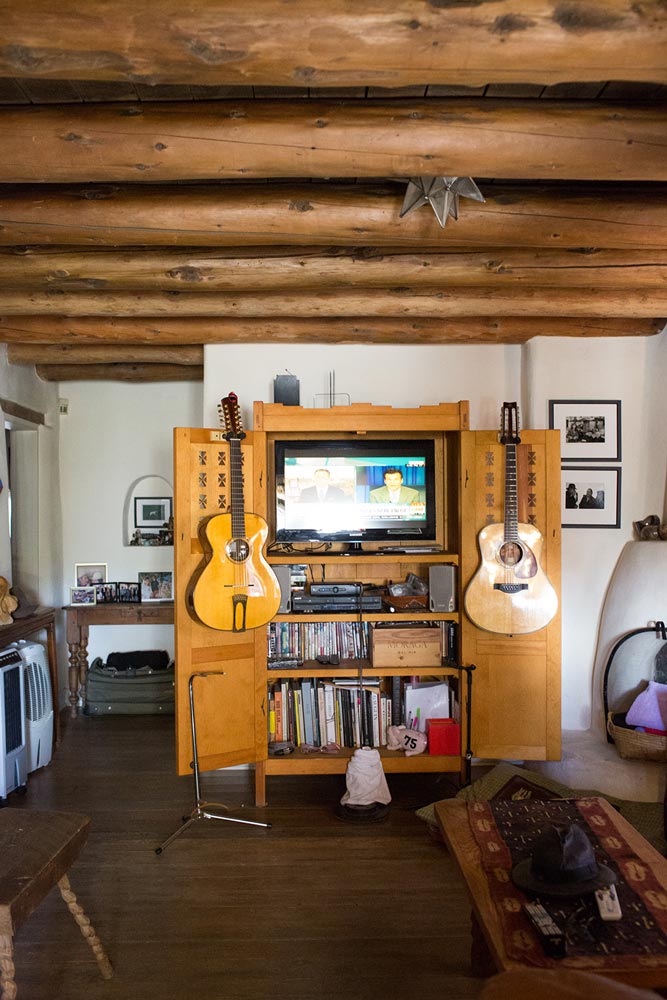 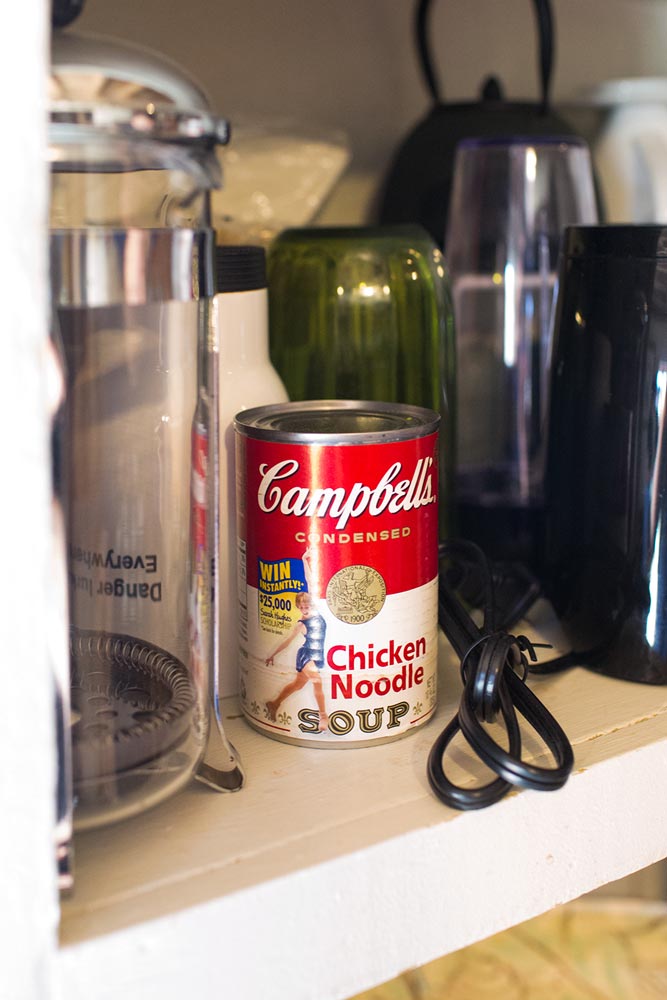 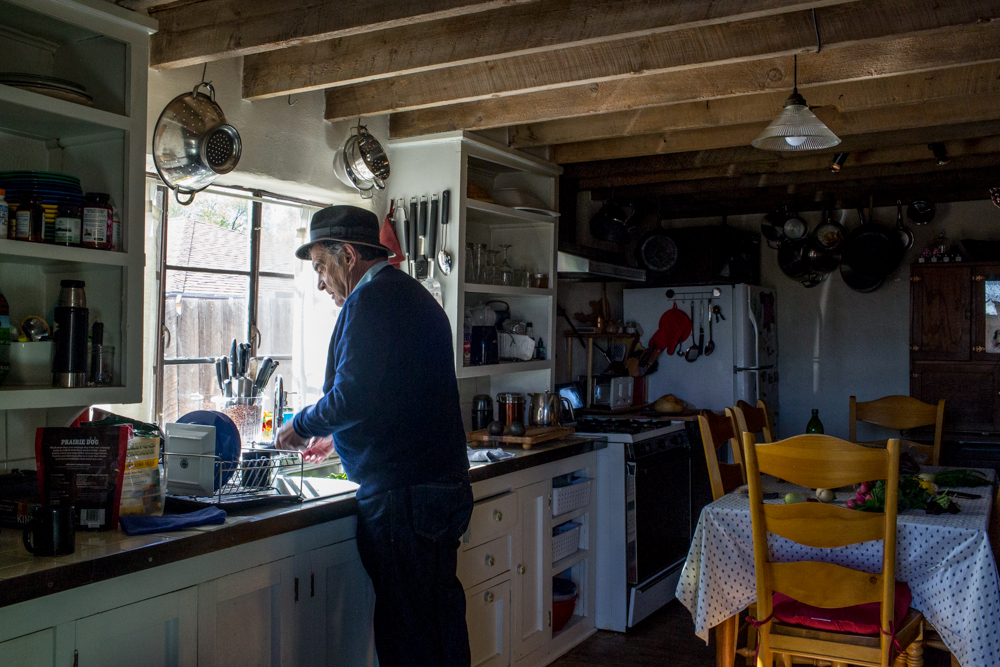 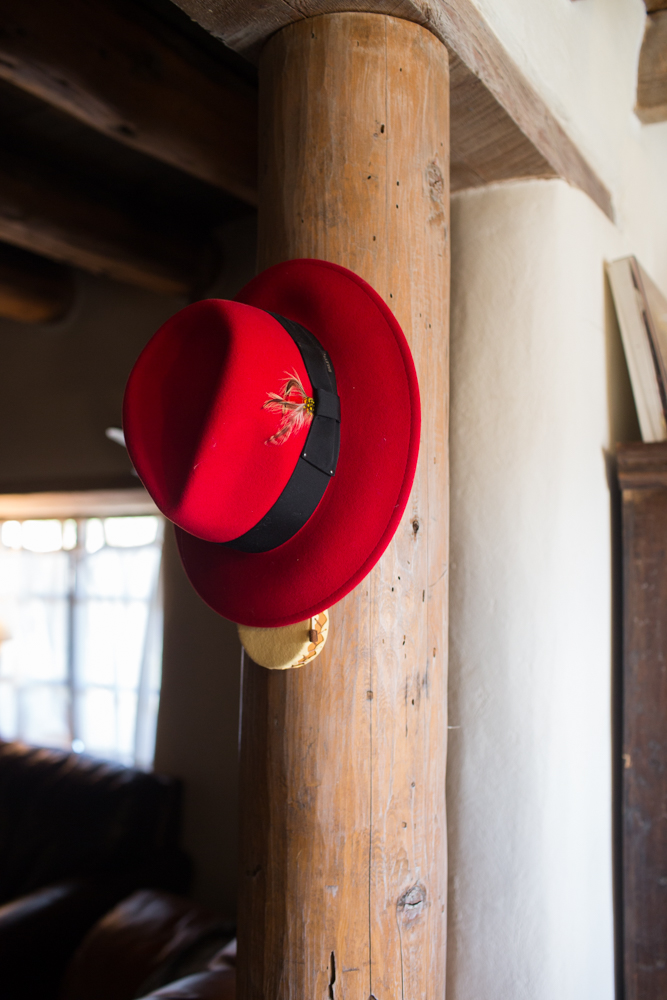 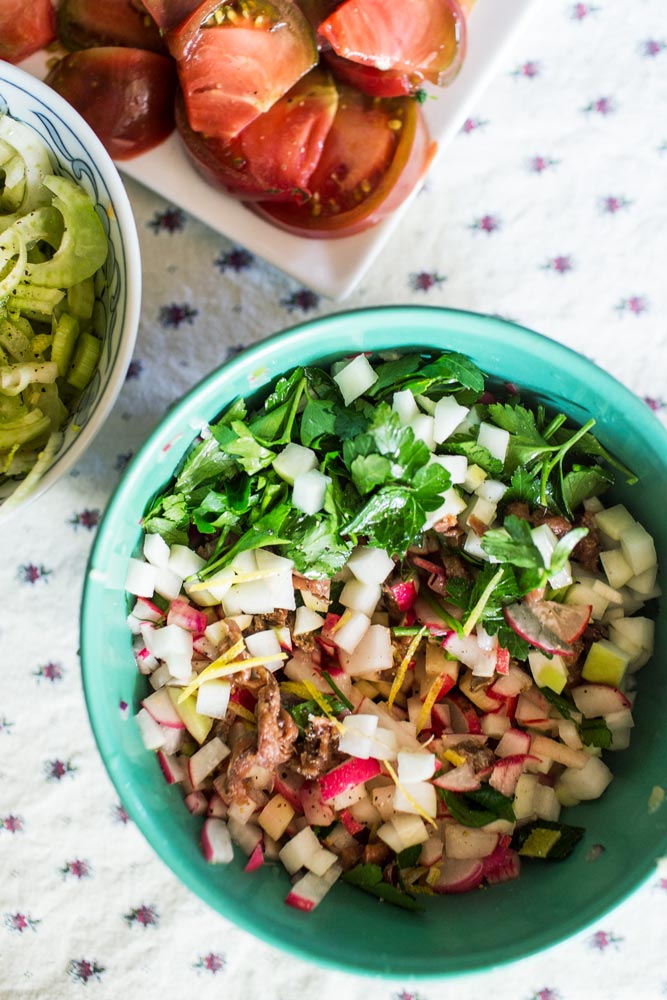 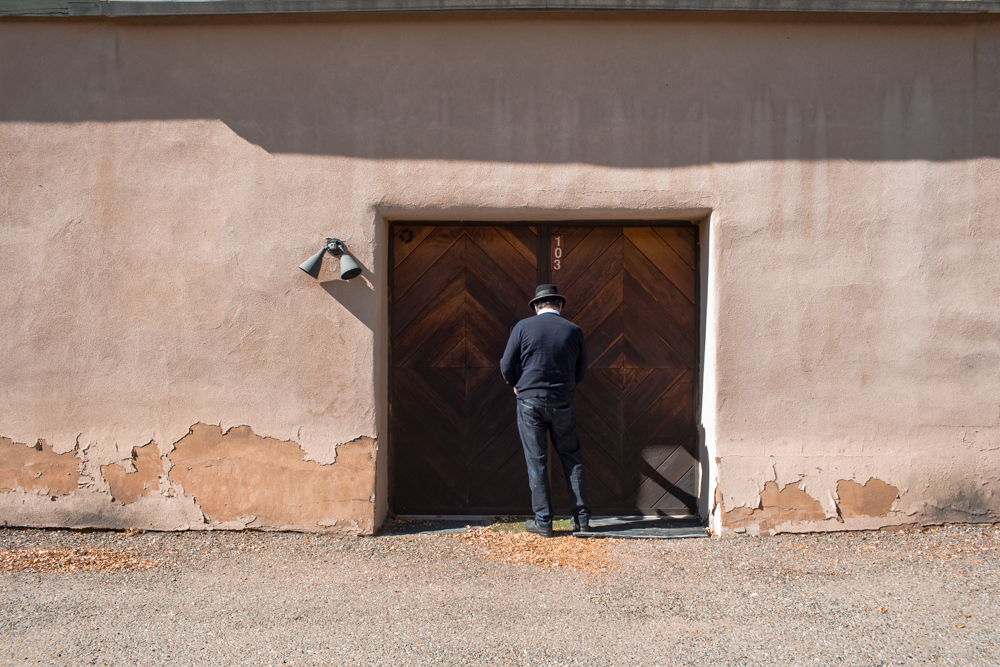 A simple starter, great as a side or on top of toast. The better the anchovies, the better the salad, so get the expensive ones. We used a mixture of different types of radishes, but any kind will do.

1. Add diced radishes to a bowl with the garlic clove and squeeze the lemon juice over top, drizzle with olive oil and set aside to marinate for 5 minutes.

2. Finely chop the anchovies and toss with the radishes. Season generously with cracked black pepper and sea salt.

3. Remove the garlic from the bowl and toss the radishes with olive oil. Add the zest of one lemon and top with torn parsley. Serve alongside toast or as a side salad.

1. Add diced radishes to a bowl with the garlic clove and squeeze the lemon juice over top, drizzle with olive oil and set aside to marinate for 5 minutes.

2. Finely chop the anchovies and toss with the radishes. Season generously with cracked black pepper and sea salt.

3. Remove the garlic from the bowl and toss the radishes with olive oil. Add the zest of one lemon and top with torn parsley. Serve alongside toast or as a side salad.

My recent visit with Larry Bell in Taos, New Mexico was not my first opportunity to make salad with the legendary artist best known for his role in the California Light and Space art movement of the 1960s. Last year, Larry visited me at The Getty Salad Garden, where we screened a 1971 film by his friend Ed Ruscha called, Premium. As the star of that film, a young Larry shops for, meticulously preps and arranges the elements of a mixed green salad under the sheets in his seedy hotel room (in actuality, the studio of artist Allen Ruppersburg). When his trap is laid, he coerces fashion model Léon Bing, to recline in his bed of salad so he can dress her in oil and vinegar  The film is a very strange departure from the work by which we have come to know Ruscha and Bell over the course of their high-profile careers, but it gives a glimpse into the experimental nature of an artists practice, the twists and turns that make the process fun, intuitive and unpredictable.

In preparation for our meeting in the Getty Salad Garden, I asked Larry what salad recipe he would like to share (aside from the one that involves a lady and hotel room). He suggested we make “Salad Albini.” I never did decode what he had in mind, so we picked from the vegetable beds and made what an improvisational salad. A good sport, Larry is game for pretty much anything, but he doesn’t mind leaving one scratching their head as they walk away. And again, just last week, I tried in vain to keep-up with the 76 year old artist as he welcomed me into his Taos art compound. Art historian Gillian Young and I grasped to make sense of the complicated science that goes into the making of his most famous sculptures, minimal transparent mirrored glass pieces (a perceptual mind fuck), and his newer two-dimensional works on paper and mylar. In these newer pieces, what appears to be a single surface is in fact made up of many layers of mylar and paper fused together, their curves and lines reminiscent of those the guitars lovingly placed around the room. Larry walked us through step-by-step, sharing the raison d’etre for each pump, valve, tube, nob and the bomb shelter like vacuum that make the magic happen. Peering through the tiny glass portal into the vacuum chamber, Gillian described it, “making one of Larry’s pieces is like baking a cake.”

During our visit, there was a glitch with the temperature control and the machine shut itself down. If I were Larry, my instinct would be to call someone to come a fix the temperamental machine, to defer to an expert to coax the behemoth back to working order. There must be a “guy” for this, right? But there is nobody to call when the shit hits the fan in Bell’s studio. Larry is the mad scientist who invented this elaborate art-making technique, and only he knows how to use it. It’s an opaque process, that I came to fully appreciate as I watched him trouble shoot, tinker and eventually throw in the towel in favor of lunch.

Below is a snippet of our conversation. Join me as I try and understand a day in the life of the great Larry Bell.

Larry Bell in His Own Words

JS: [Pointing to the work on the wall] The lines in these pieces look like butts and boobs. I see ladies in the abstraction (always).

LB: And that’s what I thought they were until I had the epiphany that all the shapes came out of my guitar collection.

JS: When did you start collecting guitars?

JS: Do you play them often?

LB: I collect, but I am not a musician. I play personally. I think of them as sculptures that sing.

JS: Did you ever do any art performances?

LB: They did back then. It was funny. They just were given the newspapers to read.

JS: So these pieces you are doing now, they are collages? They seem to be one flat piece.

LB: They aren’t prints, each piece is plated with thin metal and mineral films, like quartz.

LB: [Walking into the studio] This is a high-vacuum thermal evaporator. It’s essentially a big bottle that I use to create an environment without oxygen. When you eliminate oxygen, you can evaporate metals or quartz.

The aluminum pins I showed you [pictured in the slideshow], are put in a container that gets really hot, and that sublimates the aluminum from a solid to a liquid; when it gets hot enough it becomes a vapor. Because there is no air in the vacuum chamber, the vaporized metal then impinges on the surface of the paper placed inside. When I force the aluminum to evaporate, the metal re-forms with the same structure it had in its solid state, creating the same optical qualities but on the surface of the paper. Each of the materials I use has a unique crystalline structure that gives it the optical characteristics you can see (metal is shiny, quartz is glittery).

Aluminum raises the reflectivity on the surface, while quartz acts like a layer of gasoline on a puddle of water at a filling station.

JS: I have always wondered how that worked.

LB: The layer of gasoline interferes with the light at wavelengths equivalent to the thickness. Where you see blue, the gas is thinner than where you see red, all the rest of the colors you see are in a thickness somewhere in between.

JS: When did you acquire this crazy set-up?

JS: That is so amazing how did you figure this out?

LB: Years ago, I found a guy in Burbank California that worked for Walt Disney making lenses and reflectors. I had him coat some glass for sculptures I was making for a show in New York in 1965. Some of the work he sent over broke in transit. I looked in the Manhattan Yellow Pages for a glass worker who could do vacuum coating. The guy I found charged a fortune, and he suggested I learn to do it myself if I was going to continue to use this technique. I found a guy with a used piece of equipment, so I stayed in New York for a couple years to learn how to use the machine.

The guy who sold it to me gave me a book that explained the procedures, I didn’t know shit about this. It was all an experiment.